Back in British colonial days, India had a cobra problem.  The snakes were everywhere and had become a danger to humans and their domestic animals.  Thus, the governor of India placed a bounty on cobras in an attempt to eradicate the dangerous pests.  However, the bounty placed on the cobras was higher than the cost to breed the snakes, so many enterprising Indians established cobra farms, bred the animals and cashed in by selling the carcasses to the government.  When the government got wise to what was happening they removed the bounty.  Since there was no longer any reason to raise cobras, the farms were shut down and the cobras released back into the wild thereby actually increasing the snake population.

Unintended consequences can be dangerous, in a literal sense as with poisonous snakes or to an economy as we are experiencing now in Regina.  Not surprisingly, as in the example above and the two cited below, governments are to blame.

Currently in Regina we are experiencing a serious slowdown in our real estate market.  Properties are taking longer to sell and at reduced prices.  We have an oversupply of some types of housing and our vacancy rate is unacceptably high.  Of course there are many reasons for our current condition, but the two I want to touch on are government policies which had the unintended consequences of harming our local market.

The first is the Federal government’s mortgage stress test.  This initiative, which makes it more difficult for people to qualify for mortgages, was designed to do 2 things.  One was to slow down the overheated markets of Vancouver and Toronto and secondly to protect Canadians from over borrowing and thereby getting into trouble.  To solve the first problem this stress test should have only been applied in the two markets where a slowdown was desired.  Unfortunately, by applying the program nationally the unintended consequence was to slow down markets all across the country that were already suffering. This has resulted in many homeowners losing equity in their properties, some to the point of foreclosure.  So a program designed to protect Canadians from overborrowing has actually forced many of them into financial difficulty unnecessarily.  Instead of preventing financial problems caused by over borrowing, the government created financial problems for those who had already borrowed.

The second example of harmful government interference in the real estate market is local.  Several years ago when we were in the middle of our economic boom in Regina the vacancy rate was so tight as to be approaching zero.  Conventional wisdom would have suggested that with a low vacancy rate and increasing rents, there would be an incentive for investors to enter the rental market.  In short, without interference the market would have corrected the problem, which in fact is what was happening.  However, the geniuses who are running our city decided that they must meddle with this natural solution and provide incentives for the construction of rental accommodations.  The result?  Hundreds of thousands of taxpayer dollars going to large developers incentivized to build apartments.  The unintended consequence?  The substantial overbuilding of this type of property to the detriment of every property owner in the city.  We now have hundreds of units sitting empty (including the taxpayer subsidized ones), a double digit vacancy rate and the residential rental market in Regina has been totally destroyed.

Not that I am a totally laissez-faire capitalist but usually I believe that markets are best left to themselves and government involvement more often than not leads to the creation of more serious problems than the ones they were trying to correct.  Governments should be improving our lives not making them worse. 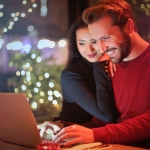 What can you afford? 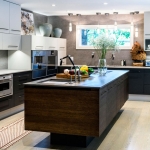